Should you supplement battery-based uninterruptible data center power supplies with an emergency generator? Vendors say the question has been coming up with increasing frequency as word spreads about summer rolling blackouts and brownouts and drops in service reliability. Two years ago, 50 million people in eight states from the Midwest to New York lost power for at least 24 hours in one giant blackout. 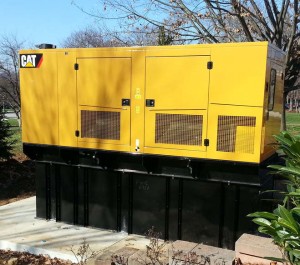 American Power Conversion and other vendors note that specific localities can have much higher outage rates, either because of building-specific problems or bad weather (lightning strikes in the Southeast, for example, or tornadoes in the Midwest). In a rolling blackout, power to industrial facilities is often shut down first. New data center managers should check the utilities contract to see if the data center is subject to such utility disconnects.

Deregulation of the power industry has had a real effect on peoples needs to support their systems during shutdowns or to ride through a shutdown, says Bill Hunt, product line manager for the power generation systems group at APC. Despite that, he says, customers typically admit that they’ve considered a backup generator but rejected the idea because of the design work required.

A UPS provides clean power, guarding against surges and drops, says Dan McHugh, project manager at PTS Data Center Solutions. In order to provide longer-term power, you’d need racks and racks of batteries. A generator allows you to be out two to three days, so you’re not losing money. PTS is a consulting firm that does design work, construction, or construction management.

Says Hunt, Our small and medium business customers started to come to us looking for longer runtimes. It used to be seven to 10 minutes, and now they were asking for two hours or more. A well-designed emergency generator can run for days.

A data center with seven to 12 racks full of equipment needs 20KW to 40KW to stay up. The cost, installed with proper electronics for testing as well as for emergencies, with noise and air pollution controls, is typically $35,000 to $40,000, vendors say, after warning that installation costs can vary enormously.

Vendors say that units up to 20KW, on a concrete ground-level pad, are standard enough in many circumstances to be ordered on the phone, in Hunts words. But anything larger will require some specialized expertise and more careful configuration. Local electrical and HVAC contractors can point data center personnel in the right direction.

It is little wonder that data center management worries about the cost. But over time, the price doesn’t seem as high. That’s about the same as an extra 45 minutes to an hours worth of batteries, says Hunt, amortized over about 10 years. As the kilowatt requirements rise, the generator option gets cheaper by comparison. But site problems, especially lack of space outside the building to pour a concrete pad for the generator and noise-attenuating enclosure, can inflate the cost quickly. 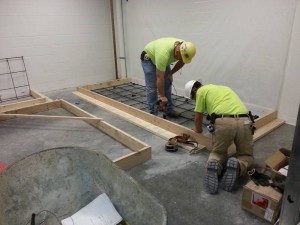 Michael Dauffenbach, industrial sales region manager for Katolight, says the generator itself might be only a third or half the total cost. A 15KW gas [typically propane] units list price is about $10,000, he says, and diesel is about the same.

As capacity increases, diesel prices rise more slowly than gas. At 250KW, diesels cost about $45,000 and gas $90,000, again, for the generator alone. APC doesn’t see propane or natural gas as practical above 150KW. About a quarter of the units APC sells run on gas, with the rest on diesel fuel.

Makers of fuel cells, which would replace generators, are just beginning to test the marketplace, as well. Fuel cell installations promise to be simpler, as there are no noise or pollution issues and units are fairly compact. But costs are unclear.

Data center personnel also worry about maintaining and testing. Very few companies want to schedule a test once a month or once a week. I don’t think they exist. I never heard of one, says McHugh. For the average small to medium-sized enterprise, weekly tests are probably unnecessary. However, larger companies may need to test more often.

In a hospital or nursing home, the JCHA [Joint Commission on Hospital Accreditation] recommends testing emergency generators once a week. They have to test under load and keep maintenance logs. How important is your data? says Dauffenbach.

The best test is to use building mode. You simply simulate a power outage by cutting off power from outside. Data centers don’t like to do that, says Dauffenbach.

A compromise: Use a transition transfer switch. To test, or if you think an outage is coming, turn the generator on first, synchronize the generators output with the utility’s power, and then open the switch to cut off the utility supply.

A more common approach is simply to turn on the generator once a week or once a month, while the utility continues to provide power to the data center. Testing the generator that way, without connecting to an external load (the equipment in the data center itself), puts extra strain on it. Generator vendors recommend simulating the load by installing a dummy load bank. The power can be dissipated with resistive wire (Think of it as a giant toaster, says Dauffenbach) or with inductive or capacitative loads. A 10KW load bank can cost $4,000 or more, depending on its type and its adjustability.

APC offers an annual service itself or through business partners worldwide. Under the service plan, you can contract to have a test under load done periodically. The APC technicians arrive with their own load bank. We also recommend testing under real load. Maybe quarterly, on a Sunday, shut down all noncritical processing tasks, check the UPS batteries, and pull the plug, says Hunt.

The emergency generator business is dominated by local firms, working with local design consultants and electrical contractors. Among those suppliers who distribute nationally in addition to APC are Detroit Diesel, John Deere, and Caterpillar. You’ll be referred to a dealer-distributor such as Bowers Power, Covington Detroit Diesel-Allison, and GoPower.com.

If you include air conditioning, you will have to add extra generating capacity to allow for transient loads. Air conditioners, fans, and similar equipment start under load and draw far more than their rated power needs for a few seconds.

How to sell it to the boss? It comes down to dollars for everybody, says McHugh. What does this cost your company if you have a two-hour outage and you have a half-hour battery? Is this cost in the hundreds of thousands? Millions?

To learn more about PTS recommended data center generators, contact us or visit our Data Center Generators page.  You may also read more about how PTS Data Center Solutions can support your Data Center Electrical Equipment & System needs by visiting: